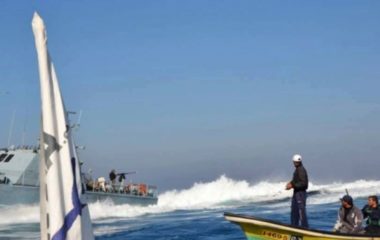 Media sources said the navy attacked the fishing boats only three nautical miles from the shore, by firing many live rounds, in addition to using water cannons against them.

The attack led to property damage and forced the fishermen back to the shore in fear of further escalation.

The attack of part of constant violations against the Palestinian fishermen, in addition to farmers and workers, on lands close to the perimeter fence, across the eastern parts of the besieged and improvised coastal region.

On Wednesday at dawn, the soldiers fired missiles into an area in Khan Younis, in the southern part of the Gaza Strip, causing damage.