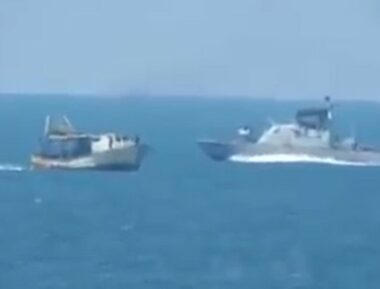 Eyewitnesses said the navy ships chased the Palestinian fishing boats near the Sudaniyya Shore, northwest of Gaza city, and fired many live rounds and gas bombs at them.

The attack did not lead to casualties but forced the boats to return to the shore to avoid further Israeli violations.

On Sunday, Israeli soldiers fired many live rounds and gas bombs at Palestinian farmers and fishermen in the northern and easter parts of the besieged Gaza Strip.