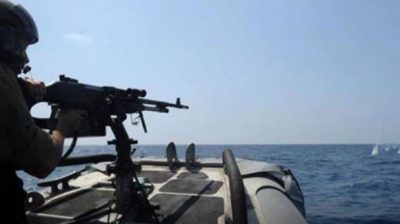 Eyewitnesses said navy fired many live rounds at the boats, and used water cannons, forcing the fisher back to shore.

They added that the attack took place less than four nautical miles from the Gaza shore.

At least 70.000 Palestinians depend on fishing as their only source of livelihood in the Gaza Strip, but the navy continuously attacks the fishers, preventing them from providing for their families.

Such attacks also led to many casualties, including fatalities, dozens of arrested, in addition to the high costs of repairing the boats, while many boats are illegally confiscated by the navy.

Also on Monday morning, Israeli soldiers, stationed at military towers across the border fence, fired several live rounds targeting a number of homes and agricultural lands, and maintenance workers, east of Khan Younis, in the southern part of the Gaza Strip