Israeli Officer Succumbs to Wounds Sustained in 2014 Offensive on Gaza 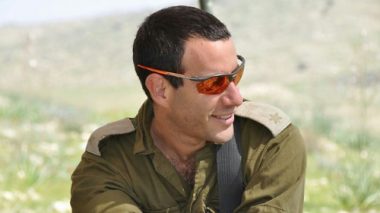 An Israeli occupation officer died last night, of injuries sustained in 2014 offensive against the Gaza Strip.

Ari was in the Paratroopers Brigade and was injured in his head while participating in an attack .

The number of Israeli soldiers killed in 2014 is now raised to 74.

The Al-Mezan Center for Human Rights said the Israeli military assault on the Gaza Strip in 2014 left at least 2,219 Palestinians killed, most of them are civilians, including entire families, children, babies and infants, that were obliterated due to Israel’s bombardment of their homes.

Dozens of seriously wounded Palestinians die later from their serious wounds. The number of slain Palestinians does not include around 400 fighters who were killed by the army.