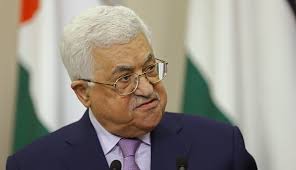 Palestinian officials on Wednesday announced that they will not accept the illegal confiscation of NIS 41,000,000 by Israeli officials.

Under the terms of what are now the quarter century-old Oslo accords, Israel is responsible for collecting about $200 million each month in taxes, which it is supposed to pass on to the PA, the Palestinian government-in-waiting in the West Bank.

The money belongs to the Palestinians but Israel has temporarily withheld it on several occasions in the past as a stick with which to beat the Palestinian leadership into line.

On this occasion, however, the stakes are far higher.

Last week Israeli Prime Minister Benjamin Netanyahu belatedly implemented a law passed last summer that requires his officials to retain part of the taxes owed to the Palestinians – those that the PA transfers to political prisoners’ families as a monthly stipend.

It echoes the Taylor Force Act, a law passed by the US Congress in 2016, that denies American economic aid to the PA until it stops sending those same stipends to 35,000 families of prisoners and those killed and maimed by the Israeli army.

The PA has tried to avert that threat by channeling the payments through a separate body, the Palestine Liberation Organization.

Israel and Washington regard the prisoners simply as terrorists. But most Palestinians view them as heroes, those who have paid the highest price in the struggle for national liberation.

The Palestinian public no more believes the families should be abandoned for their sacrifices than Irish republicans turned their backs on those who fought British rule or black South Africans forsook those who battled apartheid.

Palestinian president Mahmoud Abbas called Israel’s actions “robbery” and said he would rather cut funding for health and education than for the prisoners and their families. “They are the most respected and appreciated part of the Palestinian people,” he declared.

Then he played his ace card. He said he would refuse all tax money from Israel until the full sum was reinstated.

That risks plunging the PA into financial meltdown and – most importantly for Israel – might ultimately lead to the disbanding of the Palestinian security services. Their job has long been to act as a security contractor, keeping order on Israel’s behalf in the West Bank.

The security forces hoovered up a massive 20 per cent of the PA’s $5.8 billion state budget last year.

The PA is already reeling from a series of hammer blows to the Palestinian economy. They include Donald Trump’s decision to cut all funding to UNRWA, the refugee agency for Palestinians, and to hospitals in Israeli-occupied East Jerusalem.

In addition, Abbas reportedly declined $60m in annual US aid for his security services last month for fear of exposing the PA to legal action. A new congressional measure makes aid recipients like the PA subject to American anti-terrorism laws.

But the current standoff between Netanyahu and Abbas lays bare the duplicity of the situation for all to see.

The PA leader may say the prisoners are the most cherished Palestinian constituency but he also describes his security services’ coordination with Israel as “sacred”.

The security services’ role is to assist the Israeli army in foiling Palestinian attacks and in arresting the very Palestinians he extols. Abbas cannot realistically hold true to both positions at the same time.

Netanyahu, on the other hand, has nothing to gain from harming the Palestinian security services, which the Israeli army relies on.

The decision to withhold taxes was taken chiefly to boost his popularity as rival right-wing parties compete for who appears the most hawkish before April’s general election.

Paradoxically, in withholding the PA’s tax money, Netanyahu is punishing Abbas, his supposed peace partner, while showing a preference for Hamas, Abbas’s arch rival in Gaza.

Although Israel categorizes Hamas as a terror organization, Netanyahu has been allowing extra funds into Gaza from Qatar to alleviate the enclave’s dire conditions.

Further, there is something richly ironic about Netanyahu rebuking the PA for rewarding Palestinian “terrorists” in the same week he negotiated a deal to assist bringing Otzma Yehudit, or Jewish Power party, into the Israeli parliament.

The party is Israel’s version of the Ku Klux Klan, disciples of the late rabbi Meir Kahane, whose virulently anti-Arab Kach party was outlawed 25 years ago as a terror organization.

So appalling is the prospect of this unholy alliance that even pro-Israel lobbies like the American Israel Public Affairs Committee (AIPAC) and the American Jewish Committee felt compelled to issue statements condemning Jewish Power as “racist and reprehensible”.

Netanyahu believes the extra votes Jewish Power will attract to the right in the election will ensure he has the support necessary to build a coalition that can keep him in power.

But there is another glaring flaw in Netanyahu’s tax grab.

If Abbas’s coffers run low, he will simply send even less money to Gaza, which is already being choked by Israel’s lengthy blockade.

That would intensify the unrest in Gaza, which could lead to rocket attacks into Israel and even larger mass protests by Palestinians at the perimeter fence encaging them.

At the same time, if things remain unresolved, an already fragile PA will move closer to collapse and Hamas might then be poised to fill the void left in the West Bank.

Loss of power for Abbas, combined with loss of a security contractor for Netanyahu, appear to make this confrontation mutually self-destructive – unless Netanyahu and the right have another card up their sleeve.

Hani Al Masri, a Palestinian policy analyst, has wondered whether Netanyahu is setting the stage for US President Donald Trump to introduce his long-awaited “peace deal” after the election.

Much of Netanyahu’s coalition is keen to annex Palestinian areas outside the main West Bank cities, destroying any hope of a Palestinian state ever emerging. Trump might be amenable.

In this scenario, argues Al Masri, Israel would aim to “end what remains of the PA’s political role, preserving only its administrative and security role”. It would be reduced to bin collections and law enforcement.

Should the PA reject the process of being hollowed out, Israel and the US would then look for an alternative, such as rule by local warlords in each Palestinian city and expanded powers for Israeli military rulers in the West Bank.

The denial of taxes to the PA may not yet presage its demise. But it points to a future in which Palestinian self-rule is likely to become an ever-more distant prospect.

A version of this article first appeared in The National, Abu Dhabi.

Jonathan Cook won the Martha Gellhorn Special Prize for Journalism. His latest books are Israel and the Clash of Civilisations: Iraq, Iran and the Plan to Remake the Middle East (Pluto Press) and Disappearing Palestine: Israel’s Experiments in Human Despair (Zed Books). His website is www.jonathan-cook.net.