Israeli Police Assault A Palestinian Priest In The Galilee 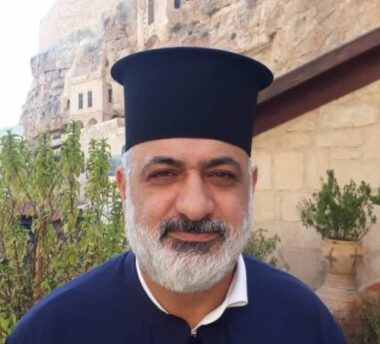 Palestinian Archbishop of Sebastia from the Greek Orthodox Patriarchate of Jerusalem, Theodosius Atallah Hanna, strongly denounced the Israeli attack on the Father Saba al-Hajja, while he was trying to resolve a conflict between two members of the Church.

He added that Father Saba was assaulted by the police who arrived at the scene, although he was just trying to resolve a conflict to contain it and prevent any further escalation.

“We strongly denounce these violations targeting religious leaders, especially while they are just trying to resolve conflicts and prevent escalation,” Father Atallah Hanna stated, “Priests and spiritual leaders play a vital role in bringing peace to their communities and should not be treated this way.”