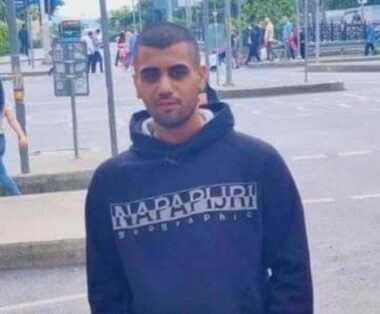 The Israeli police reported on Friday that its officers shot a Palestinian man, Naim Mahmoud Theeb Bedir, 23, before dawn on Friday, in Kafr Qassem in the Southern Triangle area (inside the undeclared borders of what is now Israel), claiming that he was trying to carry out a ramming attack against the police.

The man’s family rejected the Israeli narrative, saying, “The Israeli police killed our son Naim Mahmoud Bedir, 23, in cold blood, and the police story that he tried to attack them is false.”

The family told reporters, “The Israeli police, after killing our son Naim in cold blood, stormed our home and ransacked all our belongings in front of the children, who were screaming and crying, terrified as the soldiers destroyed our home.”

During the home invasion, the Israeli police abducted several of Naim’s family members to bring them back to the police station for questioning. Israeli forces are known for their torture techniques, which they call ‘enhanced interrogation’.

The police claimed that Badir called the police, saying that a violent incident had occurred, but that when the police arrived, he ran towards them with a weapon, and then got into his car and drove toward the police, mildly injuring two.

The police further claimed that two of its members were slightly injured and were subsequently transferred to Beilinson Hospital in Petah Tikva. The police spokesperson said that the district commander then arrived at the site and conducted a field assessment of the situation.

The police then deployed dozens of its members in the village of Kafr Qassem, and sent reinforcements, including members of the special units, and turned the city into a military base, according to local sources.

According to the Israeli police, a search of the building near where Badir was killed turned up “a weapon, ammunition, Molotov cocktails, and a knife.” But there is no evidence that Badir was in that building.

A video clip taken from the scene shows a number of Israeli police officers shooting live rounds into a Palestinian vehicle as it is moving backward.

The police said that it dealt with the incident in Kafr Qassem as a “hostile sabotage operation,” noting that after the attack, the police conducted searches for other suspects.