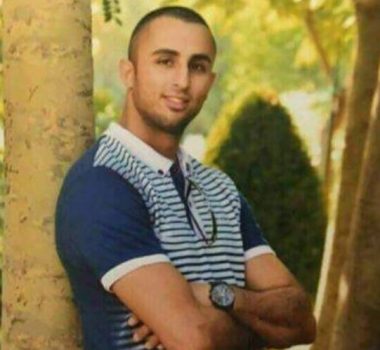 Israeli police officers shot and killed, on Monday evening, a young Palestinian man in Kafr Qassem, east of Tel Aviv, after the police invaded the town, and resorted to excessive use of force against the residents, amidst accusations that the police are not providing security to the Arab citizens of the country facing increasing levels of organized crime, and violence.

The Arabs48 news website has reported that the slain Palestinian, Mohammad Taha, 27, was shot by the police with three live rounds in the head, from a close range, without posing any threat to them, and died from his wounds at the Beilinson Israeli medical center.

After shooting the young man, the police imposed curfew and abducted dozens of residents, before moving them to detention and interrogation centers.

The police also closed all roads leading to Kafr Qassem, and surrounded the local City Council building, before firing gas bombs at any Palestinian who approached the area.

Some protesters burnt down an Israeli police car, while other reports indicate that three police vehicles were torched, and that one officer was mildly injured during ensuing clashes.

Furthermore, local leaders, members of the Follow-Up Committee and Arab Members of the Knesset, in addition to mayors and activists, held an urgent meeting at the main entrance of the town, and demanded the police to release detained residents and to leave the town, to avoid further tension.

Arabs48 said the clashes in Kafr Qassem took place amidst rising accusations against the Israeli police for failing to perform its duties in the Arab town facing increasing violence and crime, that have led to the death of six residents since the beginning of this year.

Many residents are calling on local figures to help in creating civil guard units to provide security in the town, and to remove the Israeli police due to its inaction, and failure in preventing crime, and apprehending criminals, while its resorts to deadly use of force against innocent civilians.

In an interview with the Al-Arab News Agency, Mahmoud Taha, the father of Mohammad, said the police have killed his son in cold blood, especially since he never posed any threats to them, and added that its seems the police “are trigger happy when it comes to shooting an Arab citizen of the country.”

The father added that the fact that the officers shot his son with three live rounds, all in his upper body, is a clear proof the police does not value the lives of Arab citizens of Israel.

“My son is a casualty of this state of racism we face as citizens of Israel, facing violence and death by officers who are supposed to provide security and protection to us. Those criminals took my son away from me, from his mother, uncles, aunts, relatives and friends. He ever posed any threat to them, if my son was a Jewish citizen of the country, the police would not have resorted to deadly force, instead, they placed three live rounds in the head, and are trying to sell us lies about him posing a threat to their lives,” he stated, “My son is gone; he will never be back, but the officers who killed him, and the ones who gave the orders for the use of fatal force, must all be held accountable, and must be punished for their cold-blooded crime.”