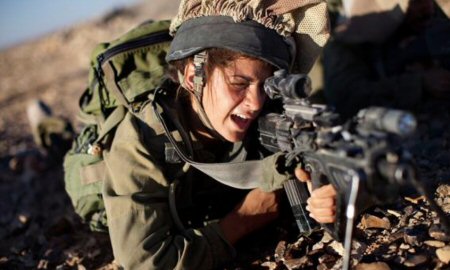 An Israeli border policewoman has been arrested over shooting and wounding a Palestinian man just, as she recognized, “for fun,” Israeli media reported on Tuesday.

While she was on a patrol near the Israeli military checkpoint called Al-Za’im, in May of this year, the Israeli policewoman shot the Palestinian at the back “without any apparent operational reason,” according to Ynet News.

After questioning, she was arrested over the shooting, as well as on charges of obstructing justice because she told an Israeli soldier, who was questioned over the incident, that she did not know anything about it.

On similar charges, four other Israeli border policemen were reportedly arrested, but released after questioning.

The source said that when the “suspicions against them become clear, the Border Police will take the necessary steps to expel them from the force.”

As an introduction to clear the policewoman, lawyer Itzik Cohen denied the charges and said that “the real reason for the defendant’s arrest is an attempt by the Police Investigation Unit to break her spirit and make her confess to an act she did not commit.”

Usually, according to Days of Palestine, Israeli judiciary either acquit the Israeli army and police criminals over charges of aggression on Palestinians, or send them to prison for brief terms.