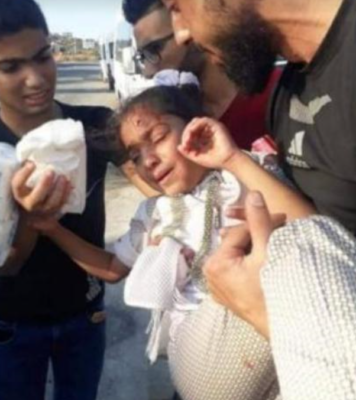 On Tuesday evening, an Israeli settler ran over 10-year-old Khadija Murad Tanouh, at the Al-Fardis junction east of Bethlehem, severely wounding the child.

Local sources reported that the child was taken to a hospital in occupied Jerusalem in an Israeli ambulance.

This followed the arrival of Palestinian Red Crescent Society ambulances to the scene, which were prevented by Israeli soldiers from treating or transporting the child.

The settler who hit the child has not been charged, according to local sources.

Israeli settlers speeding through Palestinian areas on their way to illegal Israeli-only settlements in the occupied West Bank frequently hit Palestinian children walking on the roads near their villages.