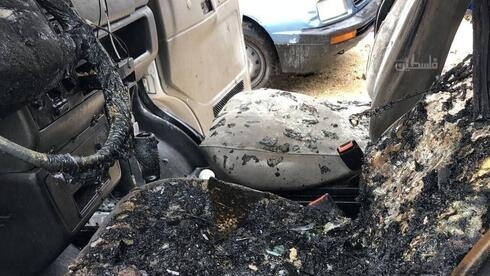 A group of Israeli settlers tore through Palestinian areas on Monday, setting fire to vehicles, smashing the windows of family homes, and writing graffiti identifying themselves as part of a right-wing hate group called ‘Price Tag’.

This is just the latest in a series of attacks by these known gangs targeting Palestinian civilians. However, Israeli police and military forces, which govern Palestinian areas in the West Bank using martial law, refuse to investigate or find out the perpetrators of these ongoing attacks.

The group calls itself ‘Price Tag’ in a reference to Palestinians, saying that Palestinians must “pay a price” for their refusal to leave their ancestral homes so that Israeli colonizers can move in.

According to the Israeli police, “During the night, our hotline received a report that several cars were damaged in the West Bank.” Israeli military officials claimed that they started an investigation into the incident – but Palestinians that live in the area report that these attacks are frequent, unprovoked, and past claims of ‘investigation’ by police and military officials always came to nothing.