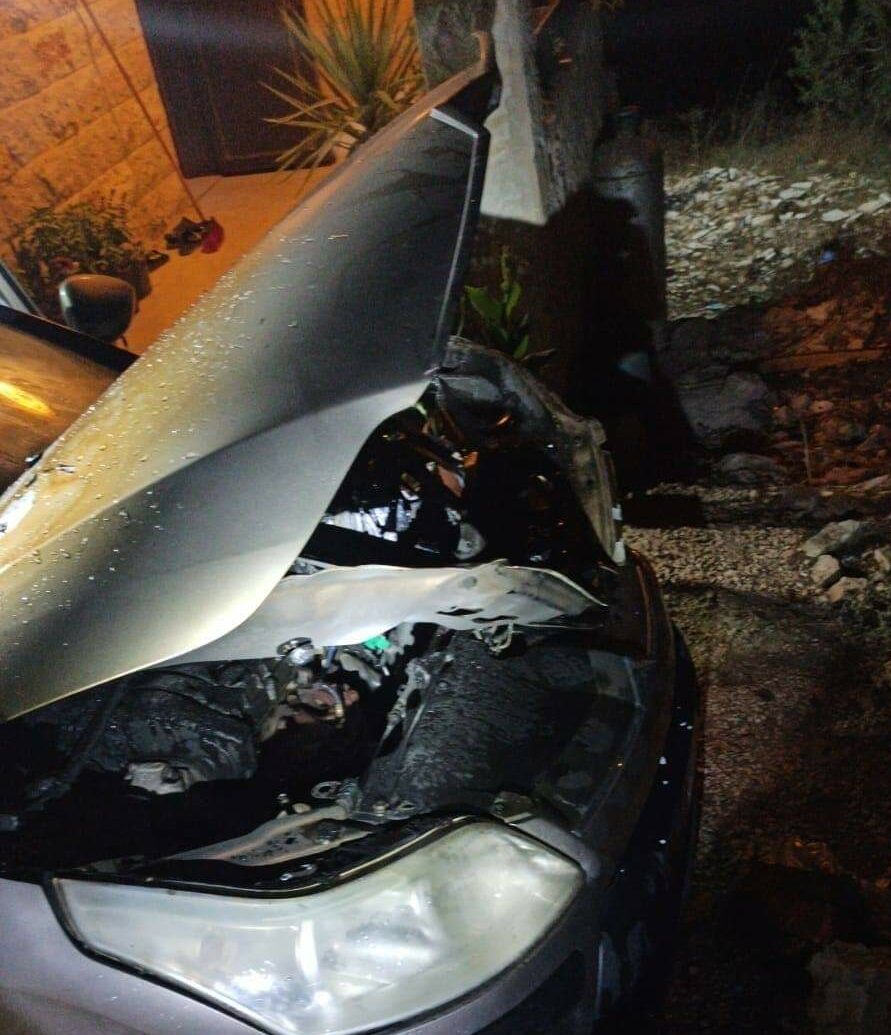 In occupied Jerusalem, on Saturday, Palestinians spray-painted “Jerusalem is ours” on Israeli settler cars.