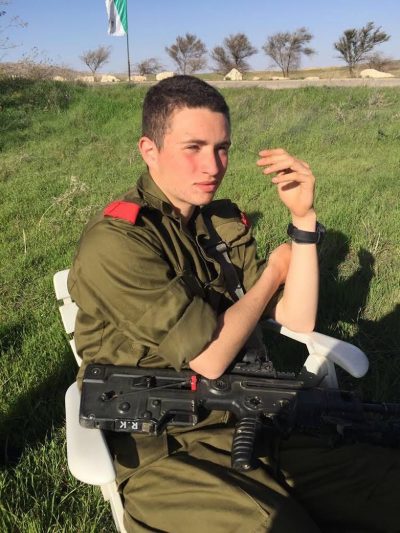 Two Palestinian Bedouin men have been taken into custody for the murder of a 19-year old Israeli soldier on November 30th in southern Israel.

Ron Isaac Kukia, 19, was stabbed to death at a bus stop in the town of Arad in southern Israel. The two men charged with the murder were also charged with terrorism, under the assumption that the stabbing was politically motivated.

The two men charged with the attack were both members of the Abu Judeh family, from the Bedouin town of Kuseife, in southern Israel near the Israeli town of Arad where the stabbing took place.

Khaled Abu Judeh and his relative Zahi Abu Judeh were interrogated by Israeli police until Khaled admitted to the crime. Israeli police said that during the interrogation, Khaled had told them that they had planned to kidnap the soldier, sedating him with anaesthesia drugs, and then using him as a bargaining tool for the release of some of the 6,000 Palestinians prisoners held by Israel – many of whom are being held for years with no charges having been filed.

According to Israeli police, the two men had taken the soldier’s rifle after allegedly stabbing him, and the police found the rifle in the possession of one of the brothers.

The two had no criminal records, were not under suspicion of the Israeli intelligence service Shin Bet, and were not affiliated with any groups.

Following the November 30th stabbing, Israeli police have increased the number of checkpoints in the area, and have raided homes in Bedouin villages and towns in southern Israel.

On the same day that Kukia was killed, a Palestinian was shot dead by an Israeli settler from Migdalim who opened fire toward Palestinian teens who were allegedly throwing stones at the settlers who were trespassing on their land. Israeli soldiers arrived and also fired at the teens, and escorted the settlers, including the killer, away from the village. He was not charged with a crime.