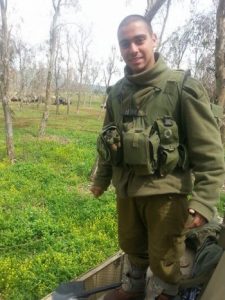 The Israeli state prosecutors decided not to pursue murder charges against Israeli soldier Elor Azaria, who was caught on video executing 21-year old Abdul-Fattah Sharif, on March 24 2016, after the Palestinian was already shot and seriously wounded.

Azaria’s trial began Monday, with the head of the court, and the presiding judges Carmel Wahabi and Yogev Yifrach urging the prosecution and defense to work together for mediation or a settlement in order to keep this case from trial.

In addition to the manslaughter charge, Azaria is also charged with “conduct unbecoming of a noncommissioned officer.” A gag order on his name was lifted after the charges were officially filed, the Jerusalem Post said.

Investigations carried out by the army revealed that Sharif was fatally shot eight minutes after his initial injury. He was left bleeding on the ground for the entire time, until Azaria shot the completely incapacitated Palestinian in the head.

In the video, which was released to the public despite the Israeli military’s attempt to confiscate it from the videographer, Azaria can be seen wearing a headset and apparently speaking with someone, then walking up to the wounded Palestinian who was lying on the ground and shooting him two times in the head.

Azaria can then be seen in the video shaking hands with far-right activist Baruch Marzel, who was on the scene for unknown reasons.

Marzel is a former leader of the right-wing group Jewish militia movement ‘Kach’, which is considered a terrorist organization by the U.S. State Department. The group was outlawed in 1994 when a member of Kach, Baruch Goldstein, entered the Ibrahimi Mosque and shot dead 29 Palestinian worshipers.

Although Baruch Marzel was born in the US, he lives in an illegal Israeli settlement in Hebron, and is widely known in the area for inciting violence against Palestinians.

After the video of Elor Azaria killing Abdul-Fattah Sharif surfaced, reporters looking at the soldier’s Facebook page noted that he had posted a number of anti-Arab and anti-Palestinian statements, including ‘Kahane was right’ – a reference to Meir Kahane, a right-wing rabbi who called for the expulsion of the Palestinians from all of historic Palestine.

Initially, Israeli officials, including Prime Minister Binyamin Netanyahu, condemned the brutal execution of the wounded man. But Netanyahu and others later recanted their condemnation, saying the killing was likely justified.

Soon after his arrest on manslaughter charges, Azaria was released from jail to celebrate the holiday of Pesach with his family.

The family of the victim say they do not expect the Israeli court to find Azaria accountable, and have filed their own lawsuit against the Israeli military for the murder of Abdul-Fattah.