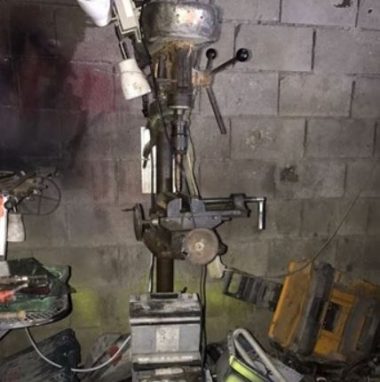 The Palestinian Prisoners Society (PPS) has reported that Israeli soldiers abducted, on Thursday at dawn, 17 Palestinians in different parts of the occupied West Bank, and confiscated machines from a blacksmith’s workshop near Hebron.

Furthermore, the soldiers invaded homes in ‘Atteel town, in the northern West Bank district of Tulkarem, and abducted a journalist, identified as Yousef Shalabi, in addition to abducting Mothanna Abdullah Sadla, 26, from his home in Anabta nearby town.

In Jenin, in the northern part of the occupied West Bank, the soldiers abducted legislator Ibrahim Dahbour, from his home in ‘Arraba town.

In Nablus, also in the northern part of the West bank, the soldiers abducted ‘Assem Shonnar, while Morad Asakra, 24, and Abdullah Ibrahim Jawareesh, 23, were abducted from their homes, in Bethlehem, and Bassam al-Qunbar, 16, was taken prisoner from his home in occupied Jerusalem.

In addition, the soldiers invaded a blacksmith’s workshop in Taffouh town, west of the southern West Bank city of Hebron, shut it down and confiscated its machines, allegedly for being “used to manufacture weapons.”

The soldiers also abducted Osama Nayef Abu Sneina, 20, and Abdul-Fattah Abu Wahdan, after searching their homes and ransacking the properties, in Hebron.