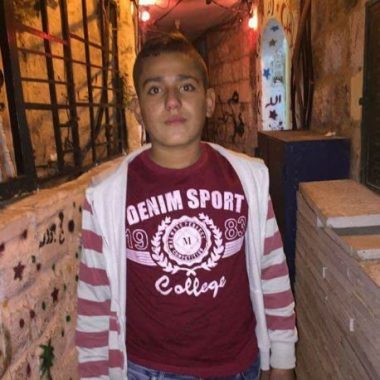 Israeli soldiers abducted, on Wednesday at night, a Palestinian child in the Old City of occupied East Jerusalem, in the West Bank, after several colonists attacked homes and stores – the child was released and after his family was forced to pay a fine, and was placed under house arrest.

Eyewitnesses said that a group of Israeli colonists attacked many homes and stones in Jerusalem’s Old City, before the soldiers invaded the area and abducted a child, identified as Ya’coub Dabagh, 15, and took him to an unknown destination.

The child remained under interrogation for several hours, without legal representation, before the army released him after ordering him under house arrest for five days, and forcing his family to pay a 500 Shekels fine.

It is worth mentioning that the colonists attacked many Palestinians, and their property, in the al-Khaldiyya neighborhood, in the Old City, while scores more invaded the Bab an-Nather area and the African neighborhood.

The attackers caused serious property damage to many cars and stores, in addition to several injuries among the Palestinians. 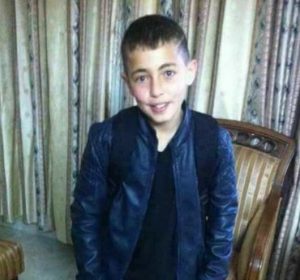 In related news, the  soldiers invaded Zeita town, north of Tulkarem, in the northern part of the West Bank, and abducted a child, identified as Ehab Nafeth Masarwa, 12, while walking in front of his school.