Israeli Soldiers Abduct A Detainee Instantly After His Release 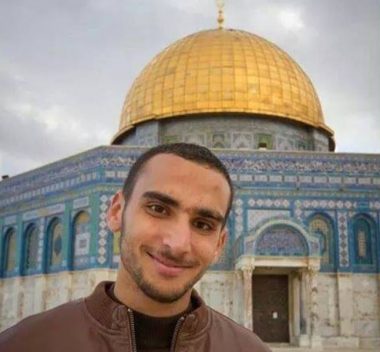 Israeli soldiers abducted, Sunday, a Palestinian detainee from occupied East Jerusalem, instantly upon his release after spending a prison sentence of 11 months.

The detainee, Rami Saleh al-Fakhouri, from the Old City of Jerusalem, was released from the Negev detention camp, but was re-arrested and taken prison in front of the prison gate.

It is worth mentioning that al-Fakhouri was previously frequently abducted and imprisoned by Israel, including being held under Administrative Detention orders, without charges or trial, for protesting ongoing assaults and provocative tours by Israeli colonists in the Al-Aqsa Mosque.

His last imprisonment was on August 23rd, 2017 when was sentenced to eleven months in prison.

Several years ago, al-Fakhouri was seriously injured in his face, and lost one of his eyes, after being shot while he and other Palestinians pretested an invasion into the holy site.