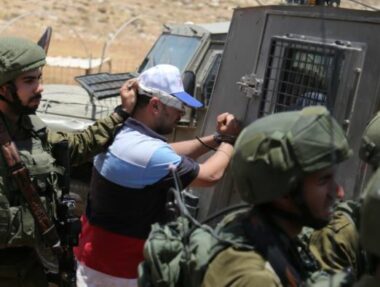 Montaser Sammour, the head of the Jenin office of the Palestinian Prisoners’ Society (PPS) has reported that the soldiers abducted Ahmad Abdullah Abu Seriyya while crossing a military roadblock at Arraba junction, south of Jenin.

Sammour added that Abu Seriyya is a former political prisoner who was imprisoned by Israel for nine years.

It is worth mentioning that the soldiers have recently started increased their deployment at the junction, and abducted many Palestinians while searching cars and interrogating the residents.

On Wednesday at dawn, the soldiers abducted ten Palestinians, including siblings, from their homes in several parts of the West Bank.