Israeli Soldiers Abduct A Legislator And A Hamas Spokesperson, From Their Homes In Ramallah 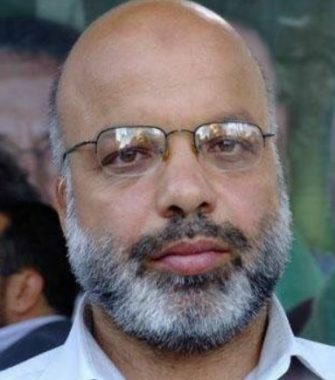 Israeli soldiers abducted, on Wednesday at dawn, a Palestinian legislator, who is originally from Jerusalem, and a Hamas spokesperson, after storming their homes, in Ramallah, in central West Bank. One Palestinian was also abducted in Hebron.

The Palestinian Prisoners Society (PPS) said the soldiers abducted legislator Ahmad Attoun, and Hamas spokesperson in the West Bank, Fayez Abu Warda, after violently searching and ransacking their homes, and took them to an unknown destination.

It is worth mentioning that legislator Attoun is from occupied Jerusalem, but was forcibly exiled from the city, and has not been allowed to return.

He was repeatedly abducted and imprisoned by Israel, spending at least ten years behind bars.

The abduction of ‘Attoun brings the number of imprisoned democratically-elected Palestinian legislators, to 13, including senior Fateh movement leader, Marwan Barghouthi, and the Secretary-General of the Popular Front for the Liberation of Palestine (PFLP) Ahmad Sa’adat.

In Hebron, in the southern part of the West Bank, the soldiers invaded Doura town, south of the city, and abducted a young man, identified as Hazem Khaled Khallaf, 24.