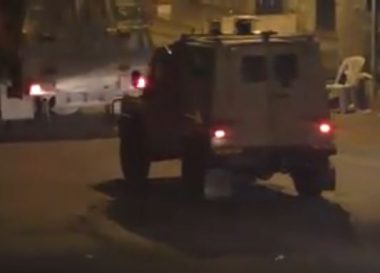 The Hebron office of the Palestinian Prisoners’ Society (PPS) said the soldiers invaded and searched a few homes, and abducted a former political prisoner, identified as Yousef Mohammad Za’aqeeq, 27, before taking him to Etzion military base and security center, north of Hebron.

In related news, several army jeeps invaded Yatta town, south of Hebron, and Ethna town, west of the city, and withdrew later without conducting any arrests.