Israeli Soldiers Abduct A Palestinian Near Jenin, Install A Roadblock West of Ramallah 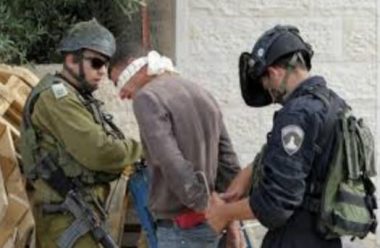 Israeli soldiers abducted, Saturday, a young Palestinian man after stopping him at a military roadblock, near Jenin, in northern West Bank; the soldiers also installed a sudden roadblock near Ramallah, before stopping and searching dozens of cars.

Media sources in Jenin said the soldiers, stationed at Barta’a military roadblock, southwest of Jenin, abducted a young man, identified as Baha’ Mahmoud ‘Abahra, 26, from the al-Yamoun town, northwest of Jenin, and took him to an unknown destination.

The soldiers stopped and searched dozens of cars, and inspected the ID cards of the passengers, while interrogating many of them, causing huge delays.

In related news, the soldiers closed the eastern entrance of Ni’lin town, west of the central West Bank city of Ramallah, before stopping and searching dozens of cars, and interrogated many Palestinians while inspecting their ID cards.