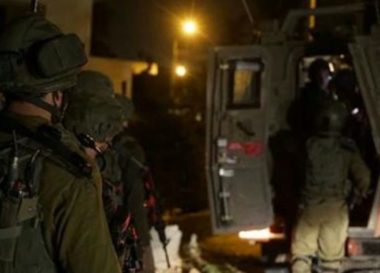 The soldiers invaded the home of the young man, and violently searched it, and abducted him after interrogating him and several members of his family.

The army claims the young man, who remained unidentified at the time of this report, “caused damage” to the Annexation Wall, near Beit Surik.

In related news, the soldiers invaded Hindaza area, east of the West Bank city of Bethlehem, and abducted one Palestinian.