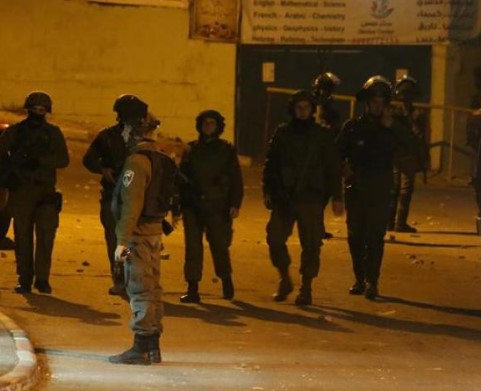 On Sunday dawn, Israeli soldiers abducted a young Palestinian man from the Al-Jalazoun refugee camp, north of Ramallah, in the central part of the occupied West Bank.

They added that the soldiers invaded and ransacked a few homes and abducted Yassin Mohammad Al-Arayshy, 22.

The invasion led to protests in the refugee camp before the soldiers fired a few live rounds, gas bombs, and concussion grenades.

In addition, the soldiers broke into a commercial center in Birzeit town, north of Ramallah, before storming and ransacking several shops.