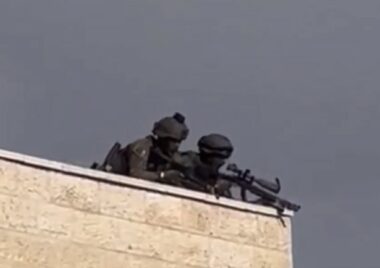 Palestinian schools in Anata, and Shu’fat refugee camp, in occupied Jerusalem in the West Bank, decided to shut down due to continued Israeli invasions and sieges.

The Parents Committees in Anata and the Shu’fat refugee camp held a meeting Sunday evening and decided to temporarily close the schools due to serious risks to the lives of the children, teachers, and staffers, as a result of continued Israeli offensive and invasions.

The Committees said the closure of the school applies to all schools in Anata town and Shu’fat refugee camp, adding that the decision was made after 24 hours of Israeli siege and invasions that are still ongoing.

The Israeli army also isolated Anata and Shu’fat, barring the Palestinians from entering or leaving them, in addition to the continuous invasions and violent searches of homes and buildings.

The invasions are met with massive protests while the soldiers fired many live rounds, rubber-coated steel bullets, gas bombs, and concussion grenades.

The Israeli army decided to isolate Shu’fat and Anata after two Israeli officers were injured in a shooting attack near Shu’fat, before the Israeli army initiated a massive research campaign in the area, invaded homes, and abducted many Palestinians.