Israeli Soldiers Abduct A Palestinian, Search Many Homes, In Hebron 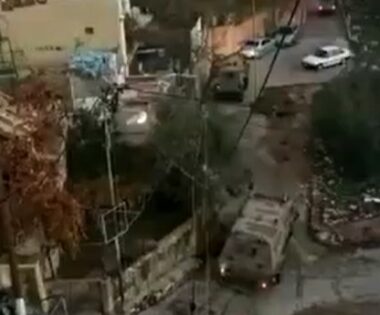 On Tuesday dawn, Israeli soldiers abducted a Palestinian and violently searched many homes in Hebron, in the southern part of the occupied West Bank.

Media sources said the soldiers abducted a young man, Malek Majdi Fakhouri, after stopping him at a military roadblock in the Old City, near the Ibrahimi Mosque, and took him to an unknown destination.

Awad added that the soldiers detained the family in one room while violently searching the property, causing damage.

It is worth mentioning that Abu Mariya is a former political prisoner who spent twenty years in Israeli prisons, and the soldiers frequently invade his home.