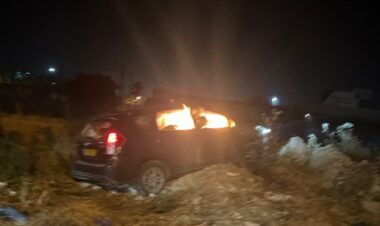 Israeli sources have reported that two colonizers were injured early Tuesday after Palestinian fighters opened fire at their car in Nablus city, in the northern part of the occupied West Bank.

The sources said the colonizers were part of a group that was not authorized to enter Nablus but went there anyway to visit Joseph’s Tomb, east of Nablus city, before they came under fire by Palestinian fighters.

They added that the colonizers’ vehicle crashed and burnt before Israeli soldiers invaded Nablus and extracted them.

The two wounded colonizers were transferred to an Israeli hospital for treatment.