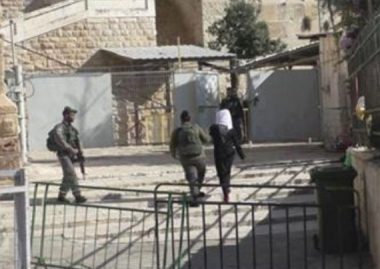 Israeli soldiers abducted, on Tuesday evening, a Palestinian teenage girl, near the Ibrahimi Mosque, in Hebron city, in the southern part of the occupied West Bank.

Media sources in Hebron said the soldiers, continuously extensively deployed around the mosque, and have various roadblocks and metal detecting machines, abducted Nour Erzeiqat, 17, and took her an interrogation center, near Keryat Arba’ illegal colony, built on Palestinian lands in Hebron.

The Israeli army claimed that the soldiers searched the girl, and “located a knife, concealed in her handbag.”