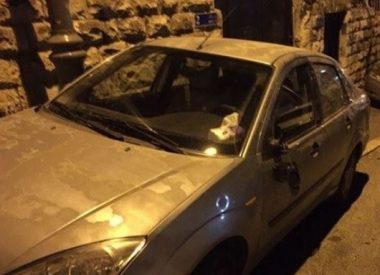 Dozens of fanatic Israeli colonists marched, on Wednesday at dawn, in Wadi Hilweh neighborhood in Silwan town, near the Al-Aqsa Mosque, in occupied East Jerusalem, and caused damage to Palestinian homes and cars, while Israeli soldiers abducted three Palestinians.

Majd Gheith, of the Wadi Hilweh Information Center in Silwan (Silwanic), said dozens of colonists invaded the neighborhood at dawn, and hurled stones at Palestinian homes and cars, in addition to smashing the mirrors of some cars.

The residents intercepted the settlers and stopped them, leading to some scuffles; there have been no reports of injuries.

Meanwhile, Israeli soldiers invaded the Suwwana neighborhood, in Jerusalem, and abducted three young men, before moving them to an interrogation facility in the city.