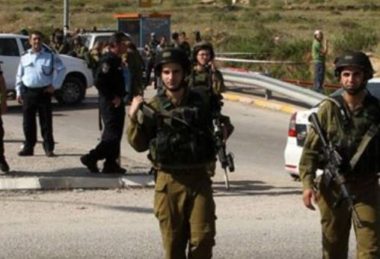 Israeli soldiers assaulted and abducted, on Friday evening, a Palestinian teenage boy in the Bab az-Zawiya area, in Hebron city, in the southern part of the occupied West Bank.

They added that the soldiers detained Ezz Yousef al-Atrash, and repeatedly assaulted him, causing various cuts and bruises, before abducting him,

The soldiers were extensively deployed in the area, and closed many roads in and around Bab az-Zawiya, before stopping and searching local Palestinians and vehicles.