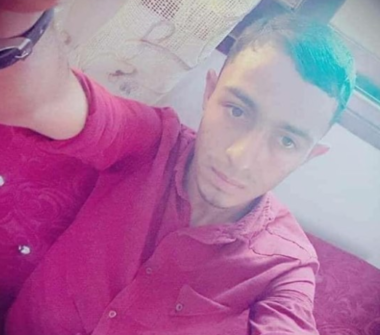 The Palestinian Health Ministry in the Gaza Strip has confirmed that a young man died, on Friday at night, from serious wounds he suffered in the evening after Israeli soldiers shot him during the Great Return March processions.

The Health Ministry said the young man, identified as Ahmad Mohammad al-Qarra, 22, was shot with a live round in his abdomen, suffering serious wounds, and died at a hospital in Khan Younis, in southern Gaza Strip.

It added that the Palestinian was shot east of Khan Younis and was treated by the medics who rushed him to the hospital but succumbed to his serious wounds.

It is worth mentioning that the soldiers injured during Friday’s processions 71 Palestinians, including 30 children, one medic and three women, after the army attacked the Great Return March processions in the Gaza Strip, the Palestinian Center for Human Rights (PCHR) said.

The PCHR referred to a report published last Tuesday by the Israeli newspaper, Yedioth Aharonot, in which is said that the army has, in recent months, been training the soldiers on a new type of a sniper rifle, which indicates that the military is using the Palestinians as target practice for its weapons, in direct violation of all international laws and regulations, including human rights treaties and International Humanitarian Law.

According to extensive and ongoing PCHR documentation, the Israeli army has killed 207 Palestinians, including 44 children, two women, 9 persons with special needs, four medics and two journalists, in addition to wounding 13323 Palestinians, including 2742 children, 409 women, 221 medics and 207 journalists, since the Great Return March processions started on March 30 2018.