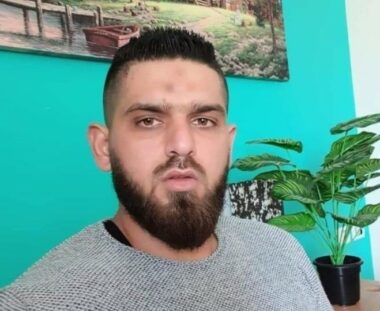 Undercover Israeli soldiers and a regular army unit invaded, on Tuesday evening, the Saff Street, in the center of Bethlehem city, south of occupied Jerusalem, and abducted a Palestinian woman to pressure her husband to turn himself in to the army.

Update: Hours after the soldiers abducted his wife, Hasan Shouka, 33, has turned himself in to the Israeli army, hoping that the soldiers would release her.

Eyewitnesses said the soldiers abducted Sharihan Shouka, 33, the wife of Hasan Shouka, after invading and ransacking their home.

They added that the soldiers surrounded the entire area, looking for Hasan, but could not find him, and abducted his wife instead.

It is worth mentioning that Hasan Shouka is a former political prisoner who was held by Israel for more than 13 years. He and his wife have a son and a daughter.

Hasan was only released from prison three months ago, after spending 20 months in captivity, however, not long after his release, the soldiers started invading and ransacking his home while trying to abduct him.

The army also abducted a few of his relatives to pressure him to turn himself in to the army, and now abducted his wife, in an act of illegal collective punishment against the entire family.