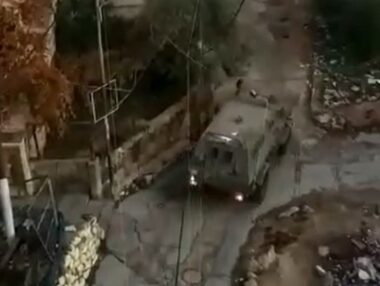 Israeli soldiers abducted, on Thursday evening, a young Palestinian man, and detained another, in Hebron, in the southern part of the occupied West Bank.

Local sources said the soldiers invaded Halhoul town, north of Hebron, and abducted Mousa Ghanem as-Sa’da, 18, before moving him to a nearby military base.

They added that the soldiers also detained a young man, identified as Mo’awiya Abu Haikal, 19, in front of his home in Tal Romeida neighborhood in Hebron city, and took him to a military base in the Old City where he was interrogated for several hours before being released.