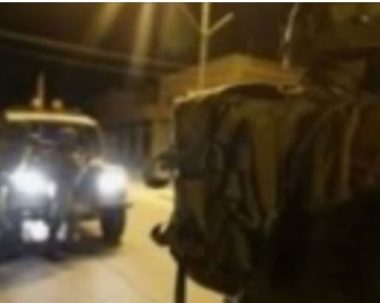 In Hebron governorate, in southern West Bank, the soldiers abducted six Palestinians from Beit Kahil and Beit Ula towns, west of Hebron city, after the soldiers invaded and searched their homes, in addition to searching many other homes in the governorate.

It is worth mentioning that the soldiers also installed roadblocks on roads leading to many towns in Hebron governorate, before stopping and searching many cars and interrogated the residents while inspecting their ID cards.

In addition, the army abducted Emad Nihad Qayyim, from Ras al-‘Ein area, after stopping him at Beit Forik military roadblock, east of Nablus, in northern West Bank, after the soldiers claimed he had a knife in his possession.

In occupied Jerusalem, the soldiers abducted Yasser Khatib, from his home in Hizma town, east of the city.