Israeli Court Approves Use of Palestinian Bodies as Bargaining Chips 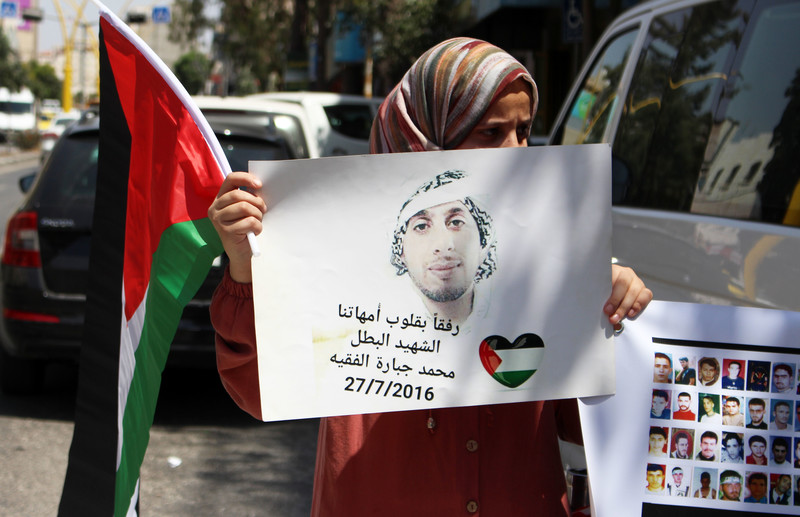 A Palestinian family in the Jerusalem-area village of al-Eizariya has been unable to bury their 14-year-old son, who was killed by Israeli police last month.

Nassim Abu Rumi’s family has petitioned Israel’s high court to order the release of his body, which will be reportedly transferred on Friday. Israel will also be transferring the remains of Omar Younis, who died in an Israeli hospital in April after being shot by occupation forces at a West Bank checkpoint.

Israel is holding the remains of more than a dozen Palestinians recently killed during alleged and actual attacks on occupation forces and civilians.

This month, following a petition by several families whose relatives’ remains are being held by Israel, the country’s highest court rubber-stamped its approval of the policy.

The court ruled that Israel’s military has “the legal right to hold on to the bodies of slain terrorists for use as leverage in future negotiations with Palestinians,” as The Times of Israel reported.

In December 2017, the court stated that Israel has no legal authority to hold bodies “until consent to certain funeral arrangements is given” by a slain Palestinian’s family.

Israel “cannot hold on to corpses for the purposes of negotiations at a time when there is no specific and explicit law that allows it to do so,” the judges stated at the time.

The following year, Israel’s parliament, the Knesset, passed a law allowing police to withhold the bodies of Palestinians killed while allegedly carrying out attacks on Israelis.

The law authorizes police commanders to withhold a body if it is determined the slain person’s funeral “could be used to carry out an attack or provide a platform for praising terrorism,” according to The Times of Israel.

“We have no need for them”

Public security minister Gilad Erdan, who oversees Israel’s police, said at the time of the law’s passing that “The government doesn’t want to hold on to these bodies. As far as we are concerned, the bodies of these cursed terrorists will rot. We have no need for them.”

The Israeli high court’s ruling this month, however, shows that the state intends to use the bodies as bargaining chips to secure the remains of Israeli soldiers held by Palestinians.

Adalah, a group that advocates for the rights of Palestinians in Israel, said the ruling was among the “most extreme” ever made by the court, “as it undermines the most basic principles of universal humanity.”

The rights group added that the court ruling is the first anywhere in the world permitting state authorities to hold bodies so that they may be used as bargaining chips.

“The practice of withholding bodies amounts to a policy of collective punishment,” which is prohibited under international law, the Palestinian human rights group Al-Haq stated.

The withholding of bodies is also “contrary to the prohibition on torture and inhuman or degrading treatment,” Al-Haq added.

The families who petitioned the court stated that they “will consider appealing to international courts in an effort to do everything possible to recover the bodies of their loved ones.”

Left to bleed to death

Video shows that Nassim Abu Rumi was killed moments after he and another Palestinian child, holding kitchen knives, lunged at Israeli police officers in Jerusalem’s Old City on 15 August.

Officers opened fire at the boys as a matter of first resort, making no use of less-lethal means to detain them.

The other boy was seriously injured and has been charged with attempted murder. A Palestinian bystander was injured during the incident, and one officer was lightly wounded by the youths.

Videos from the scene do not show any attempt to administer first aid to either of the boys after they were shot by police. Video shows an officer receiving treatment.

A human rights group is demanding an investigation by Israel’s health ministry into another case of a suspected Palestinian assailant being left to bleed to death, even though a police physician was at the scene.

Yaqoub Abu al-Qiyan was shot by police during what they thought was an attempted car-ramming attack during a raid on Umm al-Hiran, a Bedouin village in southern Israel that is not recognized by the state.

Analysis published by the UK-based research group Forensic Architecture indicates that contrary to claims from Israeli leaders, including Prime Minister Benjamin Netanyahu, Abu al-Qiyan was not attempting any such attack when police opened fire on his vehicle in January 2017.

Forensic Architecture’s findings indicate that Abu al-Qiyan, a Palestinian citizen of Israel, was driving slowly and his vehicle only accelerated after he was shot at by police, suggesting he had lost control of his car.

Human rights groups say that the failure of the police physician to administer first-aid to Abu al-Qiyan “is not a localized failure, but a systemic problem.”

“Physicians cannot act as judge and jury,” the group added. “Physicians and other medical staff must treat all injured parties according to triage principles.”

In its investigation of a pattern of unlawful killings of Palestinians by Israeli forces, Amnesty International stated that the failure to administer first aid – “especially intentional failure – violates the prohibition on torture and other cruel, inhuman and degrading punishment.”

The human rights organization added that “As such, failure to provide medical aid should be investigated as a criminal offense.”

On Wednesday, a Palestinian woman was shot by Israeli forces at a West Bank checkpoint and left to bleed to death in the street.

Eyewitnesses said that the woman was denied first aid. The Palestine Red Crescent Society said that Israeli forces prevented paramedics from reaching her.