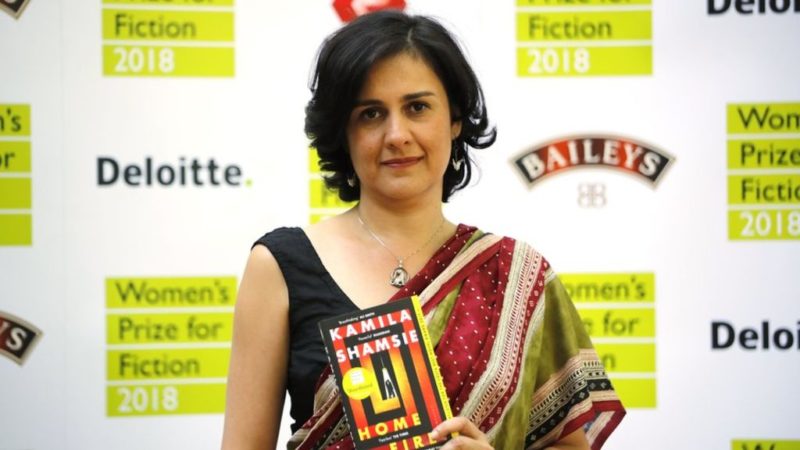 Author Kamila Shamsie stripped of her German prize due to her support of the Palestinian boycott of Israel movement, BDS. (Photo courtesy of Euro-Med)

The Euro-Mediterranean Human Rights Monitor (Euro-Med), today, condemned a decision, by the Nelly Sachs Prize jury, to withdraw author Kamila Shamsie’s award over her support for the pro-Palestinian Boycott, Divestment and Sanctions (BDS) movement, according to a press release.

WAFA reports that the British-Pakistani author has reportedly been participating in the boycott movement against the Israeli government, for its Palestinian policies, since 2014.

In a statement following the jury’s decision, Shamsie shared her disappointment and explained why she supports the BDS: “In the just-concluded Israeli elections, Benjamin Netanyahu announced plans to annex up to one third of the West Bank, in contravention of international law, and his political opponent Benny Gantz’s objection to this was that Netanyahu had stolen his idea; this closely followed the killing of two Palestinian teenagers  by Israeli forces – which was condemned as ‘appalling’ by the UN Special Coordinator for the Middle East Peace Process,” Shamsie said.

The Nelly Sachs Prize is a biennial literary prize awarded, by the German city of Dortmund, to honor authors for their contributions to the promotion of understanding between peoples. It is named after the German-Swedish Jewish poet Nelly Sachs.

The Israeli government has repeatedly contravened international laws and the United Nations’ resolutions when it comes to the Palestinian population and territories, said Euro-Med.

The BDS, a citizen-led movement, was started in response to international inaction and modelled on the South Africa boycott against the Apartheid regime. The BDS is not a violent campaign, and its supporters should not be discriminated against for their involvement, it added.

The Euro-Mediterranean Human Right Monitor is concerned that this will set a dangerous precedent of a serious assault on free speech in Germany and other parts of the world.