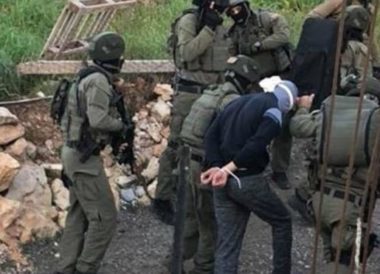 Israeli soldiers abducted, Sunday, eight Palestinians from several parts of the occupied West Bank, including a guard of the Al-Aqsa Mosque, in occupied Jerusalem, the Palestinian Prisoners’ Society (PPS) has reported.

In Jerusalem, the soldiers abducted a guard of the Al-Aqsa Mosque, identified as Mohammad Salhi, as he was leaving the holy site through Bab as-Silsila (The Chain Gate), and took him to a nearby detention facility.

Furthermore, the soldiers abducted Raja Ahmad Abu Safa, and Mohammad Hasan Mousa, from their homes in Jenin and Tulkarem, in northern West Bank.

The soldiers also abducted two siblings, identified as Ghassan and Anas Ahmad Tahaina, from Jenin, while they were crossing the al-Karama Border Terminal, between the occupied West Bank and Jordan, after visiting Turkey.