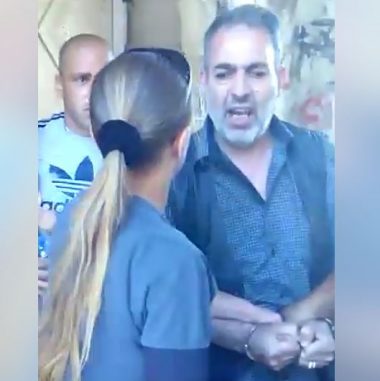 Israeli soldiers abducted, on Saturday evening and on Sunday at dawn, eight Palestinians, including five children, from their homes in Silwan town, and the Sa’adiyya neighborhood in the Old City, in occupied Jerusalem.

The soldiers also abducted Jawdat Abu Sneina, and his child Malek, from their store in the Sa’adiyya neighborhood in the Old City of Jerusalem.

Eyewitnesses said the soldiers assaulted the man and his child before abducting them. The abducted Palestinians were moved to interrogation centers in occupied Jerusalem.