Palestinian Teen Dies From Serious Wounds He Suffered In 2009 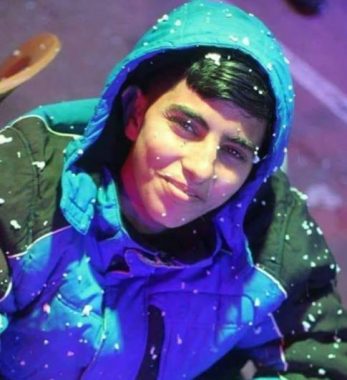 Palestinian medical sources in Hebron, in the southern part of the occupied West Bank, said a young man died, Sunday, from very serious complications resulting from wounds, he suffered in 2009, after Israeli soldiers shot him.

The Palestinian, Ya’coub Fayeq Nassar, 18, was just a child, 9 years of age, when the soldiers shot him in his spine, in the al-Fawwar refugee camp, south of Hebron in the southern part of the West Bank, and suffered ongoing complications.

His injury caused paralysis, and he spent years being transferred to various Palestinian hospitals in West Bank, and was eventually moved to an Israeli hospital where he underwent many surgeries and medical procedures.

In February of last year, the doctors at Ichilov Hospital had to amputate his legs, but his condition continued to deteriorate, and he suffered a renal failure, before eventually succumbed to his wounds.