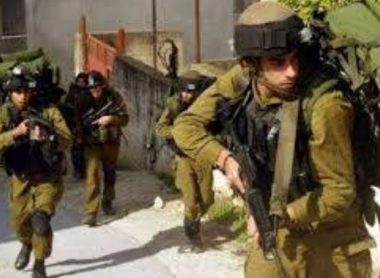 Mahmoud Sawafta, the head of Tubas office of the Palestinian Prisoners’ Society (PPS) said the abducted young man have been identified as Abdullah Sharif Daraghma.

He added that Daraghma was taken prisoner after the soldiers stopped him at the al-Hamra military roadblock, southeast of Tubas.

The young man was cuffed and blindfolded before the soldiers took him to an unknown destination.

The young man was taken prisoner after the soldiers stopped him at the “Container” military roadblock, north of Bethlehem.

In related news, the soldiers abducted eight Palestinians, including five children, from their homes in occupied East Jerusalem.

Furthermore, a young Palestinian man died, Sunday, from complications, including renal failure, resulting from serious wounds he suffered after Israeli soldiers shot him in his spine, in 2009.