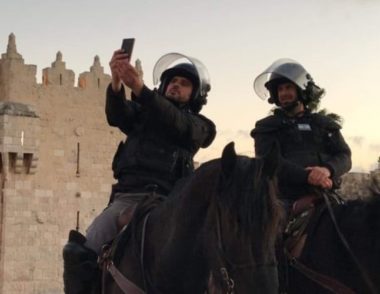 Israeli soldiers abducted, on Tuesday at dawn, fifteen Palestinians, from their homes in several parts of occupied East Jerusalem.

The Wadi Hilweh Information Center in Silwan (Silwanic) has reported that the soldiers, undercover officers, and the police stormed many neighborhoods in Jerusalem, including the Old City, and conducted violent searches of homes.

It added that the soldiers caused damage to the searched homes, and confiscated several belongings of the residents, including phones and electronics.

The Israeli police claimed that some of the abducted residents “were involved in activities funded by the Palestinian Authority,” and “violated Israeli laws regarding not having contact with Palestinians in the West Bank and the Gaza Strip.”

Silwanic identified the abducted Palestinians as: