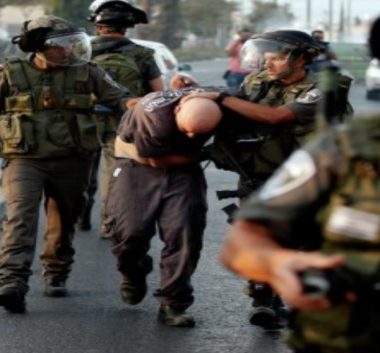 Israeli soldiers abducted, on Thursday at dawn, at least fifteen Palestinians, from their homes, and injured two others, in several parts of the occupied West Bank.

Dozens of soldiers surround and invaded Deir Abu Mashal village, west of the central West Bank city of Ramallah, and violently searched many homes before abducting Hasan Salama Barghouthi and Samer Ata, after interrogating them and their family.

Furthermore, the soldiers searched and ransacked many homes in Yatta and as-Sammoa’ towns, south of Hebron, in the southern part of the West Bank.

In Nablus city, in northern West Bank, the army fired many live rounds, rubber-coated steel bullets and gas bombs at Palestinians, who protested the invasion, and injured two. 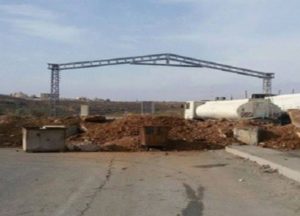 Medial sources said the soldiers shot a young Palestinian man with a live round in his leg, in addition to shooting another young man with a rubber-coated steel bullet in his chest, before they were rushed to Rafidia hospital, suffering mild-to-moderate wounds.

In addition, the soldiers placed sand hills on roads leading to Beita village, south of Nablus.

The closed roads are in the eastern and northeastern areas of the village, leading to Huwwara, Awarta and Beit Ola towns.

Fuad Ma’ali, the mayor of Beita, said the army imposed this collective punishment on the entire village after claiming that many of its youth hurl stones at soldiers’ vehicles and colonists’ cars, and added that the soldiers revoked several permits of Palestinians who work in Israel.