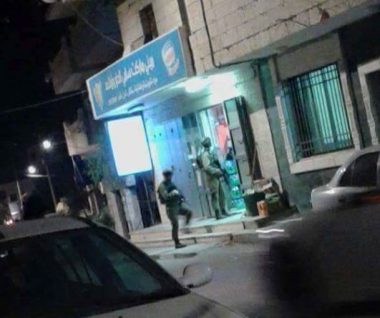 Israeli soldiers abducted, on Thursday evening, five Palestinians from a local mosque in Hizma town, east of occupied West Bank, after surrounding the mosque and invading it.

The invasion and abductions led to clashes between local youngster and the soldiers who’d fired many gas bombs, causing several residents to suffer the severe effects of teargas inhalation.

Although the soldiers withdrew of the town, they are still surrounding it, installed roadblocks and are preventing the Palestinians from entering or leaving it.