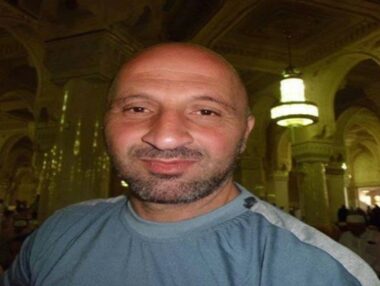 A Palestinian worker from the northern West Bank has died from serious wounds he suffered when Israeli police officers in Netanya city after an alleged stabbing attack.

Media sources said the Palestinian, Mohannad Abu Safaqa, 45, stabbed and injured a police officer on May 23, 2017, before he was shot and seriously injured.

He was moved to an Israeli medical center and remained in critical condition before he succumbed to his wounds on May 25.

The Israeli army refused to allow the transfer of his corpse to his family for burial.

Update: On July 9, 2017, Israel allowed the transfer of his body to his family in the northern West Bank city of Tulkarem before they held the burial ceremony on July 9, 2017.