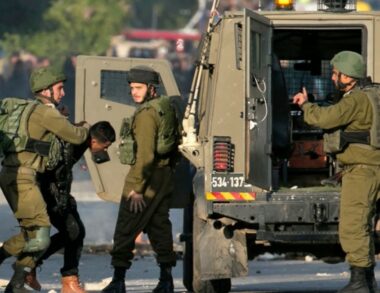 The Palestinians were picking Gundelia plants when illegal Israeli colonizers attacked them and chased them away before Israeli soldiers rushed to the area and abducted the five young men.

On Wednesday at dawn, Israeli soldiers abducted thirty-nine Palestinians from their homes in several parts of the occupied West Bank. In addition, Israeli colonizers infiltrated Salfit and wrote racist graffiti on cars and walls.