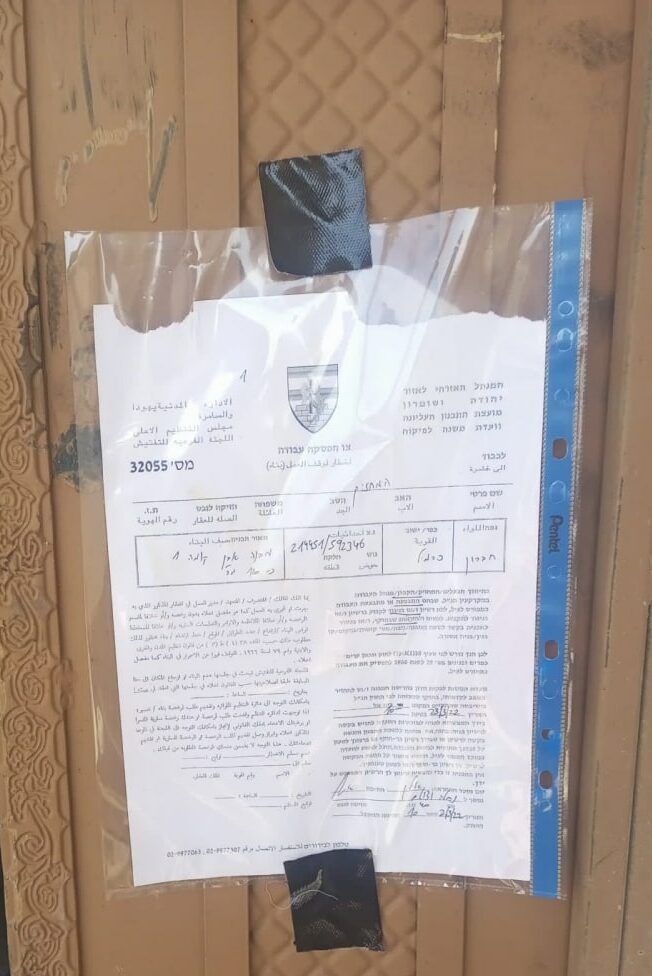 The Israeli authorities ordered to cease construction, on Wednesday, on three Palestinian-owned homes in the al-Juwaya community, south of the southern occupied West Bank city of Hebron, according to local sources.

One of the residents was building a 170 square-meter home, after occupation authorities demolished his last home six months ago.

In the same context, ten Palestinian-owned commercial installations were demolished, on Wednesday, by the Israeli occupation army, in Hizma town, northeast of occupied Jerusalem, in the West Bank.

According to the latest Protection of Civilians Report by the United Nations Office for the Coordination of Humanitarian Affairs;

“The Israeli authorities demolished, confiscated, or forced owners to demolish 29 Palestinian-owned homes and other structures in Area C and East Jerusalem, citing the lack of Israeli-issued building permits. As a result, 23 people were displaced, including eleven children, and the livelihoods of about 300 others were affected.”