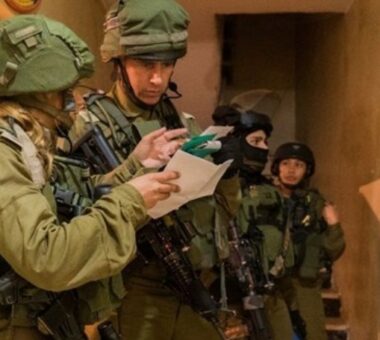 On Wednesday at dawn, Israeli soldiers abducted at least thirty-nine Palestinians from their homes in several parts of the occupied West Bank. In addition, Israeli colonizers infiltrated Salfit and wrote racist graffiti on cars and walls.

The Palestinian Prisoners’ Society (PPS) has reported that the soldiers invaded and violently searched dozens of homes across the occupied West Bank, causing damage, in addition to interrogating scores of Palestinians while inspecting their ID cards.

The soldiers also installed many roadblocks across the West Bank before stopping and searching hundreds of cars and interrogated many Palestinians while inspecting their ID cards.

Furthermore, the soldiers invaded the Nabi Saleh village, west of the central West Bank city of Ramallah, and Deir Ghassana village, northwest of the town, leading to protests.

In addition, the soldiers invaded Beita town, south of Nablus, leading to protests. 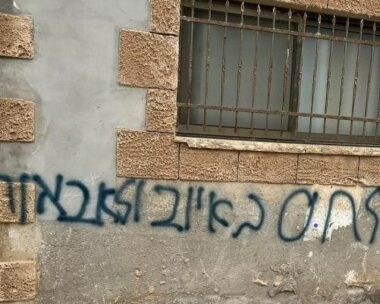 In Salfit in the central West Bank, illegal Israeli colonizers infiltrated into Iskaka village, east of the city, punctured the tires of eleven Palestinian cars, and wrote racist graffiti on the vehicles in addition to homes and walls.

The Palestinian Prisoners’ Society identified the abducted Palestinians as: