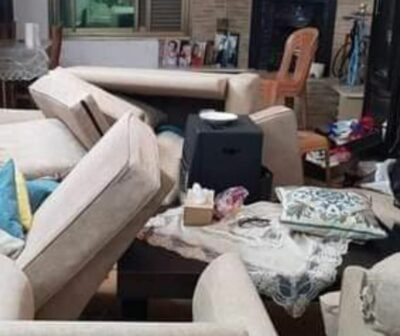 Israeli soldiers abducted, on Wednesday at dawn, three Palestinians from Tulkarem and one from Nablus, in northern West Bank.

It added that the soldiers abducted Yahia Odah, 24, from his home in Tulkarem refugee camp, in addition to Mohammad Yousef Mezyed, 20, and Taiseer Abdul-Dayim az-Zeq, 52, from their homes in Anabta town.

In addition, the soldiers invaded and ransacked the home of a former political prisoner, identified as Esmat ash-Shouli, in Asira ash-Shamaliya town, north of Nablus.

It is worth mentioning that, on Tuesday, the soldiers abducted Esmat’s son, Fares, while he was heading back home, after stopping him at a military roadblock near Abu Dis town, southeast of the occupied Palestinian capital, Jerusalem.