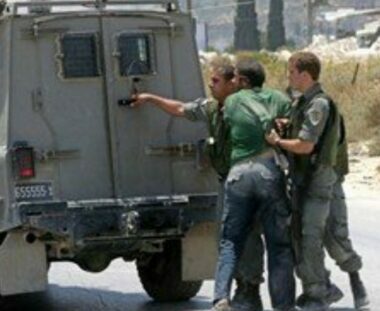 On Friday night, Israeli soldiers abducted four young men, in their twenties, after stopping them at a military roadblock near Ein Siniya village, north of Ramallah, in the central part of the occupied West Bank.

Media sources said the soldiers stopped and searched dozens of cars and interrogated many Palestinians while inspecting their ID cards before abducting four young men, including two siblings.

The sources added that the soldiers released Khaled, his brother Omar, and Mohammad Awad, after interrogating them for several hours.