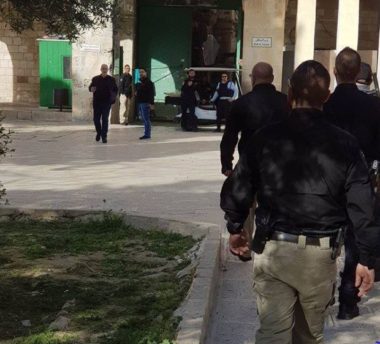 Israeli soldiers abducted, Sunday, a civilian guard of the Al-Aqsa Mosque, in occupied Jerusalem, while groups of fanatic colonists, accompanied by the police, continued storming the holy site’s compound to conduct provocative tours.

The WAFA Palestinian News Agency said the soldiers abducted one of the guards after he opened the gate of Bab ar-Rahma Mosque, in the Al-Aqsa compound, to allow the worshipers into the holy site.

The guard, identified as Wisam al-Hasheem, was cuffed before he was moved to an interrogation facility in the city.