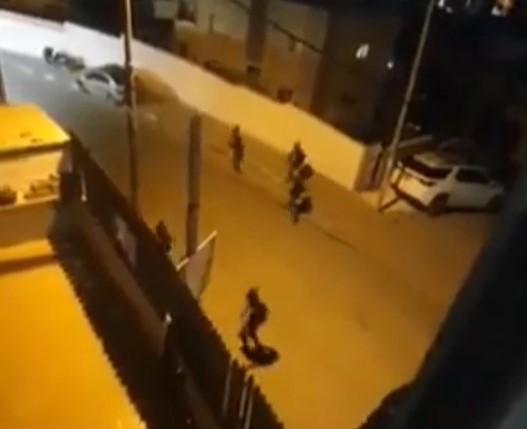 On Monday dawn, Israeli soldiers abducted nine Palestinians, including one woman, from several parts of the occupied West Bank.

In Jenin, in the northern West Bank, the soldiers invaded Burqin town, west of the city, and abducted a former political prisoner, Yousef Saleh Al-Bazour, from his home.

In Hebron, in the southern part of the West Bank, the soldiers invaded Yatta and Doura towns south of the city, searched several homes, and abducted four Palestinians, including the wife of a political prisoner.

The abducted have been identified as Abdullah Ibrahim Da’ajna and Mousa Ibrahim Abu Qbeita, both high school students from Yattam, and Nihad Mohammad Rib’ey, 36, the wife of political prisoner Bilal Al-Yatim, from Yatta, in addition to Osama Mohammad Awawda, from Doura.

The army installed many roadblocks on Hebron’s northern roads and the streets leading to Sa’ir, Doura and Halhould, stopped and searched dozens of cars, and interrogated many Palestinians while inspecting their ID cards.